WE ARE OFTEN ASKED WHY THE STORE 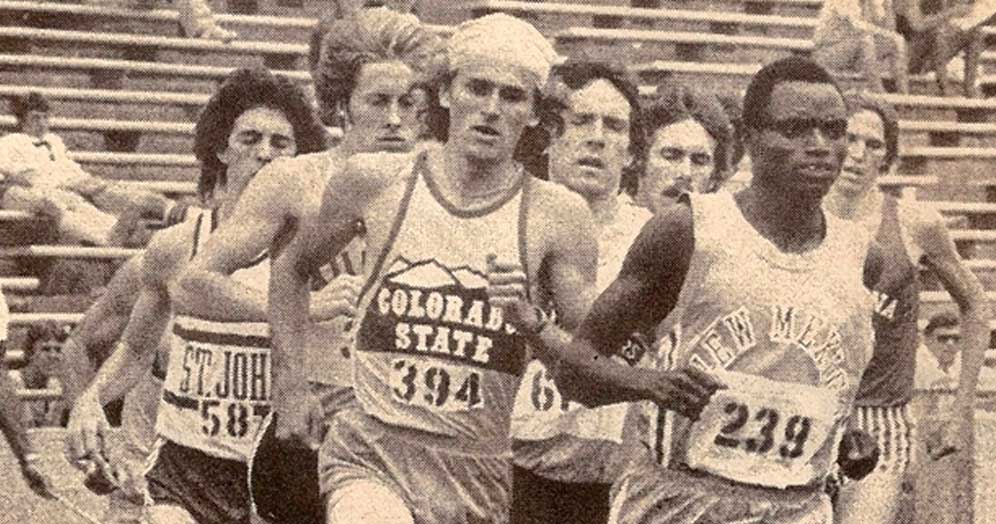 It’s a GREAT story that has absolutely nothing to do with dinosaurs (which is another question we get asked a lot). Our Owner/Founder, Rich Harris, named the store Bandanna because he used to run with a bandanna tied around his head to keep his long hair out of his eyes! Rich was a competitive runner in the 70’s & 80’s when long hair was in, and the bandanna (an original Cub Scout neckerchief) worked great. Rich wore a bandanna for most of his competitive running career (1972-1988). He even became known internationally as the “guy that wears the yellow bandanna.”

Ken Caldwell, a high school teammate, had taken to wearing a bandanna around his neck when running and I realized that was my solution. At first, we used the traditional red paisley bandanna, but were not allowed to wear them during races because they did not match the Lake Forest colors of blue and gold. But mom came to the rescue. Digging an old Cub Scout neckerchief out of the attic, she realized the golden yellow color was an excellent match, and my future as “the guy who wore the yellow bandanna” was born.
Throughout high school, I wore the bandanna in the classic style, folded into a band about two inches wide and wrapped around my head. But college required a change. The folded band could not contain the increasingly long hair. Of course, a haircut was not an option. I went to a Catholic grade school, so I knew what happened to Samson. I needed to evolve and adapt to overcome this adversity I had foisted upon myself. The answer lay in the bandanna itself. Why not wear it “pirate” style instead? It was a sublime moment. Now the hair was neatly constrained and I discovered an additional benefit to this look; by soaking the bandanna in water and then putting it on, I received an enormous cooling effect!  Another sublime moment.

As a post collegiate runner representing Nike and their elite club, Athletics West, I continued to wear the bandanna as I raced throughout Europe. Occasionally the bandanna was forgotten or lost and replacements were needed. Most notably this occurred at a meet in New Zealand when I borrowed a scarf from a woman in the crowd and raced in it. The scarf trailed down my back almost to my waist and no doubt was a distraction to the other athletes, both from its flying around and the questions it raised about my masculinity.

Over the years, bandannas went missing in three foreign countries. The scarf was needed in New Zealand because I had lost the bandanna while on a boat trip off the coast (I had taken it off to revel in the wind and spray). After a race in Mexico City, my luggage never made it back to Colorado; I think it disappeared during a stopover in Mazatlan. The third disappearance occurred as I traveled from Frankfurt, Germany to Budapest, Hungary. My luggage never made it to Budapest and I had neglected to carry on any running gear. Now, I was not only missing the bandanna but all my clothing, and I still had three weeks of racing left in Europe. What to do? Buy some clothes in Budapest, Hungary, I guess. Changing dollars for forint, (I would attempt to purchase clothing later), I went to the stadium where, lo and behold, one of my bags was sitting on the track. How or why it was there, I never found out. Of course, it was not the one containing my running gear or bandanna, but I was spared the ordeal of purchasing east European clothing.

You’re probably wondering, didn’t it ever occur to him to bring more than one bandanna and carry on his running gear? It took a while, but eventually, I figured it out. The bandanna and I had many more adventures over the course of my “professional” running career, but, as with many relationships, there came a time to part ways. It went into the sock drawer and I cut my hair and retired from serious running. It would emerge for nostalgic appearances periodically, but then it was back to the sock drawer. Six years would go by before the bandanna and I resumed our partnership. Tracy, Gary, and I were getting ready to open our running store and we needed a name. While driving across the Camas prairie, it came to me, “Bandanna Running & Walking.” A unique and deeply personal name, it just seemed right. Many times over the years we’ve been asked, why “Bandanna” Running & Walking?  Now you know it’s because “you’re the guy that wore the yellow bandanna.” 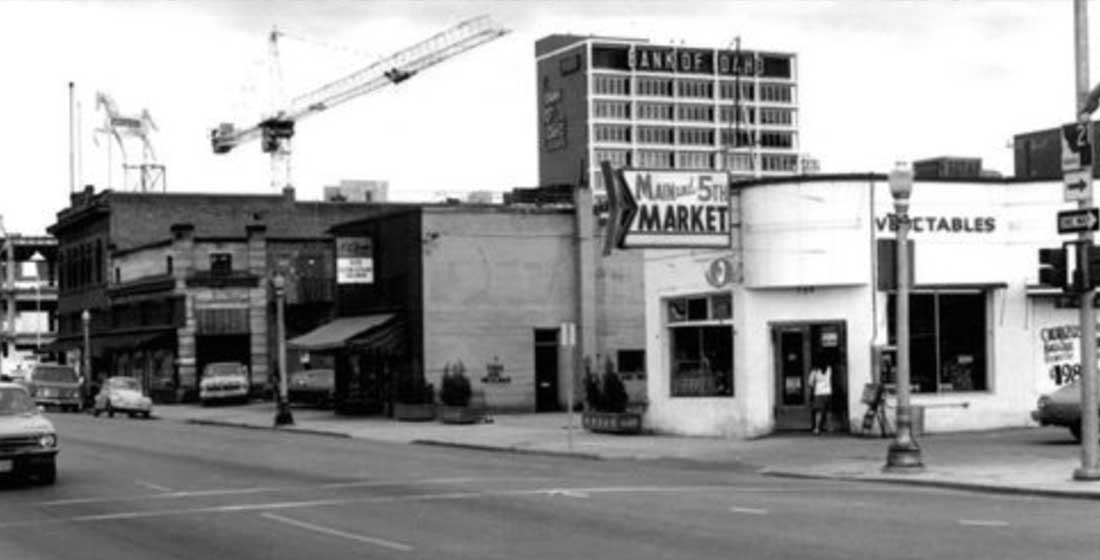 What about the History of
Bandanna Running & Walking?

It’s another GREAT story… Rich Harris came up with the idea for Bandanna Running & Walking after being encouraged by a good friend and former college teammate who owned several running stores in Colorado. Bandanna Running & Walking opened its doors in October, 1994. Fast forward to the present… some 27 years later. Rich and his wife Shannon own Bandanna and can be found on most days managing the store and/or cheering kids on at local track and cross country meets. Rich and Shannon were introduced by a mutual friend and were married in NYC prior to running the NYC Marathon. They try to return to NYC every year to run the Marathon and celebrate their Anniversary.

When you purchase a pair of shoes @ Bandanna, you get to choose a FREE bandanna.